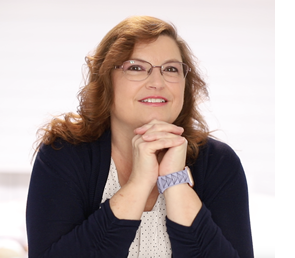 After a hard fought battle with the after affects of Covid, Kimberlee Marie Towne went to be with the Lord on February 7, 2022, while in Holmes Regional Medical Center ICU.

Kim was born on November 18, 1965, in Jackson, Michigan to father Hal Granger and mother Cheryl Ward. She grew up with two younger sisters Kelly and Kacy raised by Cheryl and Harry Glover. In her early life they moved back-and-forth between Florida and Michigan.

Kim left home at the age of 17, she supported herself as a live in nanny for the Floyd family. Kim then went on to work at JCPenney's, then on to the banking industry, and furthered her career in the mortgage industry. She left that career path after having children with her husband Alan. Kim then only worked jobs that kept her available for her children. She ran a daycare, taught library at Park Avenue Baptist School, where her children attended, and she later started her own business "The Crafty Blueberry" while also working for Hope Yoder traveling throughout the country doing large events. Kim had a degree in fashion merchandising but she had a raw talent for crafting, sewing and teaching. 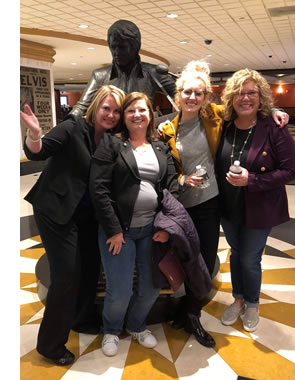 Kim began her relationship with Alan Towne in March of 1983, they were married on April 30, 1988, and lived in Mims, Florida where they raised their family.

Kim was a sweet soul filled with patience, love and wisdom. She was a Godly woman who loved sewing, crafting, quilting, laser cutting and many other crafts. She enjoyed using her desired skills of crafting to make things for her grandchildren and family.

Kim's true passion was her family. She was devoted to her husband Alan as a soulmate, friend and confidant. She loved her boys Paul and Caleb, and her daughter-in-laws Savanna and Chrystal, as well as her Grandchildren Riley, Brystal, Waylen, Brayten and Paizley. Kim's mother-in-law Marian Towne and father-in-law Stanley Towne were like parents to her. Family outings were her favorite things.

To send flowers to the family or plant a tree in memory of Kimberlee M Towne please visit the  Tribute Store.

Click here to share your memories of Kimberllee with others.
To avoid spam, there will be a period approval before posts become public.

"Kim, you will always be in my heart and I will treasure the memories that I have created with you. Thank you for everything that you have done for me personally, the Embellish division, and the entire RNK family. You were amazing and you will be missed tremendously."
Katherine Davis

"Kim, I am thankful I had the opportunity to work alongside you for four wonderful years. I learned so much from you. You will be missed and never forgotten."
Tiffany Moore

"I met Kim at two Hope Yoder events held in Puyallup, WA. She was a fantastic teacher and I learned so much from her. She had an easygoing, engaging and caring manner and she was so kind and patient. I am saddened beyond words to hear of her loss. I will always remember her and her beautiful smile. My deepest condolences to Kim’s family and May God Bless."
Dara C.